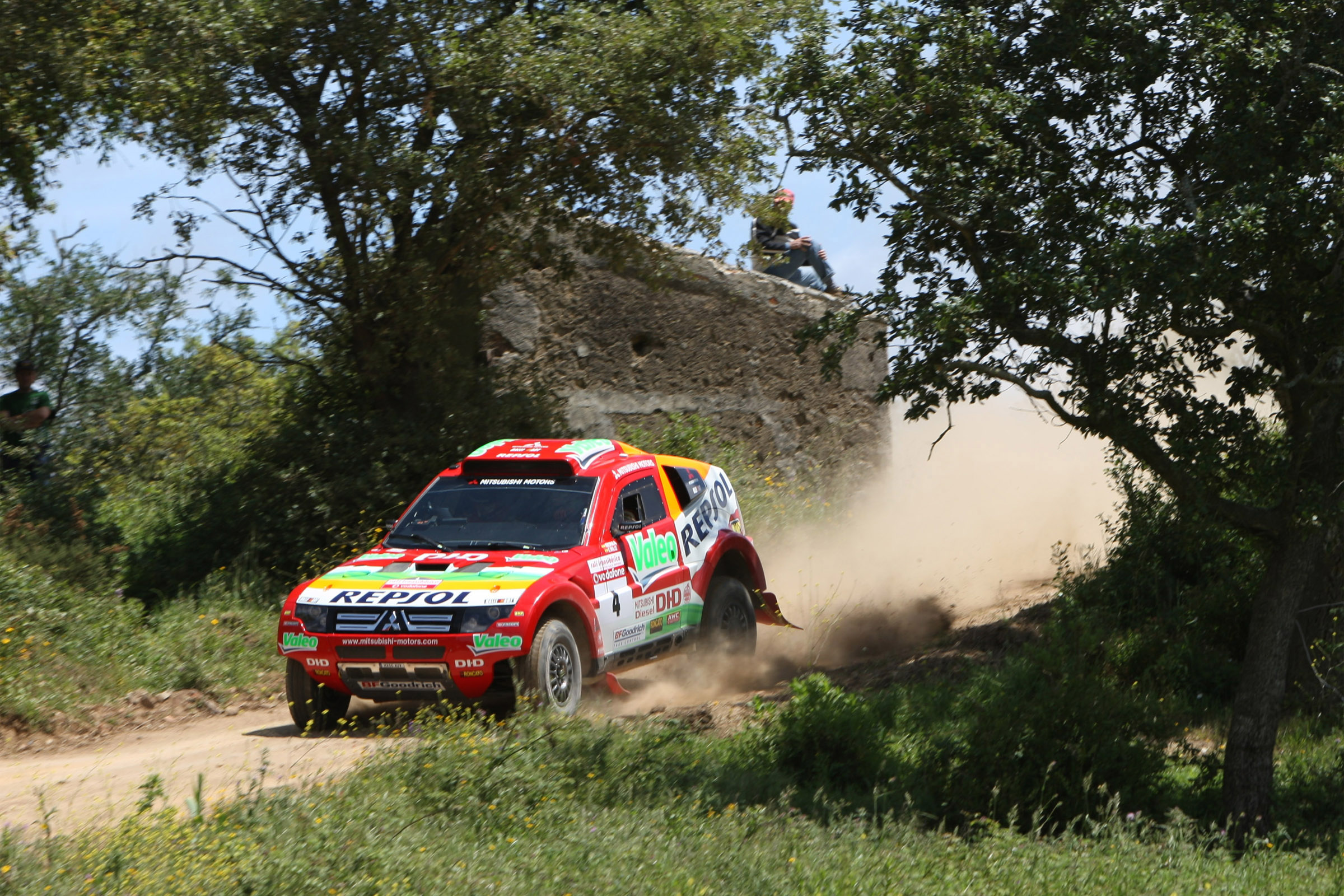 IN TOP-SIX AFTER SHORT PROLOGUE

Following recent poor weather, competitors lining up for the start of the 2008 “Rali Transiberico” in Portugal were greeted by sunshine and temperatures of 25°C. This afternoon saw Team Repsol Mitsubishi Ralliart’s Stéphane Peterhansel/Jean-Paul Cottret (France) lead away the 57-strong field after an official ceremony in Mafra, 50km northwest of Lisbon.

The French pair went straight into the event’s first stage, a 7.38km test through hilly military ground, which saw them post the fourth fastest time. They finished less than two seconds behind team-mates Luc Alphand/Gilles Picard (France) who were third in their Mitsubishi Pajero/Montero Evolution MPR13.

The top-six are this evening separated by a little more than 11 seconds before the rally begins in earnest tomorrow (Thursday). The programme of the second leg features two runs at a 207.49km competitive loop near Castelo Branco.

“Like everybody else, I was surprised by how little grip there was on the stage which was covered by a top-coating of loose gravel. Despite the rain of the past few days, the conditions were quite dry and being first into the stage probably wasn’t an advantage. We only dropped a few seconds, though, and running fourth on the road tomorrow could well be a benefit. We’ re also using a brand new BFGoodrich tyre [the ‘All-Terrain’] for the first time. It has a new construction, a new pattern and new dimensions, and we will see how it performs as the event progresses.”

“It was the same prologue as in 2006 and 2007, so we were familiar with today’s stage. It was very slippery, however, and there wasn’t much grip. It was quite tricky in places because we had a slight tendency to under-steer. Tomorrow’s long stage is also a repeat of a test used last year. That will give us an overall feel for the terrain, but there’s no way we can remember everything. I just know that it promises to be a long and tiring day, especially if the weather continues to get hotter…”

“Today’s stage wasn’t easy, that’s for sure. It was very tight and twisty, and I need to find the best way to drive the new diesel-engine MPR14 which calls for a different driving style compared to the MPR13. The prologue wasn’t long but it gave me a chance to see that the new car clearly has potential and my time was actually better than I thought.